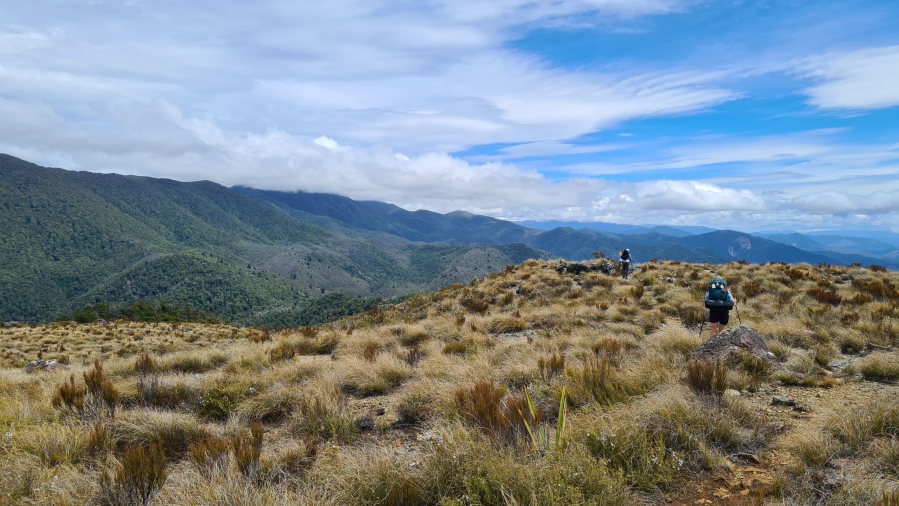 We started off with the big climb to Rocks Hut which took 3 hours. Then carried on over to Hacket Hut passing Browning Hut along the way.

The track became more difficult. We slowed down a lot after Janeen had a big fall climbing over a fallen tree. That could have turned out a lot worse and it was lucky she did not get badly injured. The day should have taken 8 hours but it took 11 hours to get to Hacket Hut.

Dad and I had a wash in the river. It feels so great at the end of the day. We were attacked by relentless swarms of sandflies again and were only safe from them once we were in the hut.

I had a chat with dad and Janeen about the rest of the Richmonds and what is coming up for the next six days before we get out the other side. The days will only get harder and more technical and they were already finding it very tough. Janeen was in a lot of pain and had a swollen ankle. We agreed it would be safer to exit at this point. There is an exit route out to Richmond close to the hut that should only take a few hours and comes out at a carpark. From there it is a long road walk out to Richmond and hopefully someone will pick them up along the way. There are no other viable exit routes beyond this one so we needed to decide before continuing on. It was a hard decision to make but it was the right one. They will still meet me at St Arnaud and we will decide what they are going to do from there.